Show Postponed Due To Health Issues – More To Come!

Pax Stereo guru Mario Hemsley embarks on a 7 day cruise through the Hawaiian Isles, and shares the experiences and the food aboard the luxury liner the Pride of America.

Featuring Daily Updates!  Join Us in this Virtual Experience hosted by Mario Hemsley! 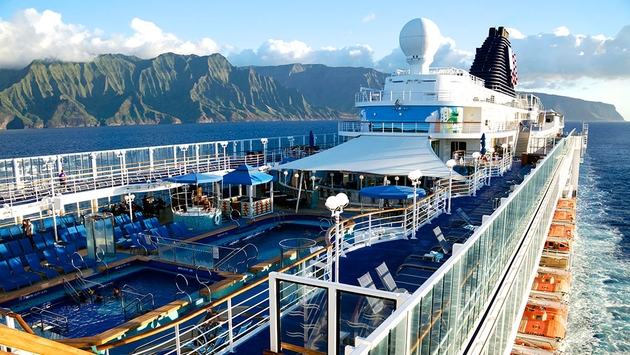 The only mainstream cruise ship sailing regular round-trip voyages solely within the Hawaiian islands, Pride of America, returned to her Honolulu homeport in the end of March 2016, following an extensive refurbishment. The American-flagged, Honolulu-based ship underwent a 3 and a half week dry dock in San Francisco CA that included new venues, newly designed public spaces and refreshed decor in all cabins. The refurbishment is part of the line’s $400 million investment program, The Norwegian Edge, in existing ships. The changes to Pride of America include:

Pride of America itinerary program is based on 7-day Hawaiian Islands voyages from Honolulu. The roundtrip itinerary calls at the most exotic islands in the popular travel destination – Hawaii, Kauai and Maui, with several optional shore excursions in the region. On her standard 7-night itinerary, Pride of America provides overnights on Kauai and Maui, as well as calls at Kona and Hilo, and an afternoon sailing of Napali Coast.

Mario Hemsley is the host of Morning Coffee With Mario, Pax Stereo’s flagship AM series featuring reality talk and centering on today’s talk worthy events. Hosted by Pax Stereo guru Mario Hemsley with co-host Victor Allen, Morning Coffee will wake you up with insight and humor that will have you thinking and laughing out loud.