In August, 1972, my physician activist father was requested to appear before “THE SUBCOMMITTEE ON LONG-TERM CARE OF THE SPECIAL COMMITTEE ON AGING, UNITED STATES SENATE, NINETY-SECOND CONGRESS“. Being a high schooler, I wasn’t quite sure of the importance of his appearance. It should have struck me first of all that he was black (duh!), an OB/GYN specialist, NOT an expert on aging, and yet here he was testifying BEFORE THE US SENATE. I was young.

He took my older brother and I to Washington D.C., and wearing my best suit, I watched my father testify while sitting in one of the US Senate Committee Chambers (or whatever they are called) never truly appreciating the wonder of that moment. Afterwards we went to lunch where it was up to my brother and I to explain to HIM what we had just seen. Believe me when I say my father worked overtime to ensure I became aware of the moment, and the responsibility that came with it. These moments were never exactly “fun”, but I got the point. By then I was truly indoctrinated to the Ways of my Dad, Dr. Hubert Hemsley.

He made me watch and then discuss EVERYTHING, at least it seemed that way. EVERY movie, EVERY TV show was followed up with a discussion, an analysis. And analysis what not limited to what I observed. He first challenged me with the word “introspection” when I was 12 years old. He insisted I develop a 1 year, 2 year, 5 year, and 10 year plan. I planned and charted out my whole college curriculum until graduation EVERY year because of him. He is half of the reason (my wonderful Mother is the other) for whatever is to be considered my success. My value system is theirs. That is why, in my value system, there is an inherent duty that comes with being a physician, ESPECIALLY a black physician. It is my legacy, and I plan on continuing to live it out to the end. 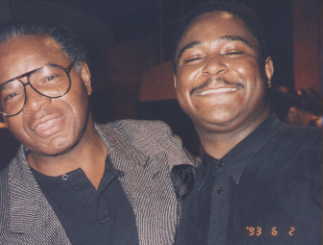 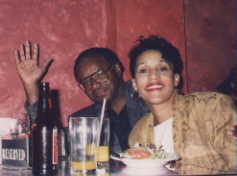 HEARINGS BEFORE THE SUBCOMMITTEE ON LONG-TERM CARE OF THE SPECIAL COMMITTEE ON AGING UNITED STATES SENATE, NINETY-SECOND CONGRESS https://www.aging.senate.gov/imo/media/doc/publications/8101972.pdf